Posted on January 15, 2019 by winnipegpublibrary | 4 comments

I prefer to break down walls, thank you very much. In this time of dwindling empathy for refugees and antipathy towards global problems, we can open our eyes and hearts through reading. Books offer us an opportunity to walk in the shoes of those whose journeys are difficult, even deadly. Share some of these global stories, all written by Canadians, with your friends, children and students in the spirit of International Development Week, coming February 3rd – 9th, 2019 whose theme this year is “Breaking Down Barriers”. http://www.idw-sdi.ca/

Deborah Ellis is the author of the award winning and now motion picture, the Breadwinner series. She has written about the Israeli/Palestinian conflict in The Cat on the Wall, forbidden love in Iran with Moon at Nine and taken us into the slums of India with No Ordinary Day. If you are looking for a great read-aloud for your classroom, start here where children who are sitting, stand up for themselves.

Sit is a series of short stories about children who are stuck, sometimes sitting, as the adults in their lives make decisions for them. The novel takes the reader to a chair factory where Jafar is a child labourer, to Uzbekistan where Noosala waits to see what the refugee smuggler will do with her and to Auschwitz where Gretchen contemplates the lives of concentration camp victims. Somehow the children find the courage to make either a small change or an act of defiance that will help them get through their difficulties. https://quillandquire.com/review/sit/

Sharon McKay’s passion for dramatic stories is evident in her body of work. She writes historical and realistic fiction with characters facing war situations. Her novel, Prison Boy was endorsed by Amnesty International and was short listed for the Manitoba Young Reader’s Choice Award for its unflinching look at children who are orphaned, homeless and vulnerable. 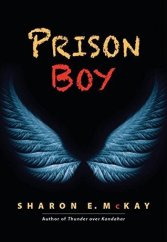 Seven year old Paxton lives in a filthy slum in an orphanage called Pink House run by matron, Bell. When she refuses to rescue an abandoned baby, Paxton insists that he will help with the child. He names the baby Kai and takes on the role of an older brother and mentor. As they grow up, the two become inseparable. Then, one fateful day, Paxton discovers that Bell is planning to close the orphanage and send the boys to different homes. Pax is devastated but determined to stay with Kai so they decide to escape and live out on the streets, alone but together.

Cherie Dimaline is a Métis and Anishinaabe author from the Christina Island First Nation community. Cherie was the first Indigenous writer in residence for the Toronto Public Library and was named the Emerging Artist of the Year at the Ontario Premier’s Award in 2014. Her novel, The Marrow Thieves has taken Canada by storm and was the Governor General’s Literary Award winner and The Kirkus Prize winner. It has been short listed for the White Pine Award and for Canada Reads as well as being nominated as a best book of the year by School Library Journal and Quill and Quire. 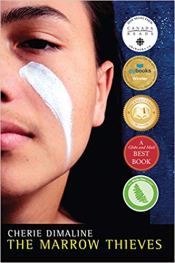 The Marrow Thieves follows the story of Frenchie and his brother Mitch who are on the run from the government recruiters who have a dark purpose for Indigenous people. Cataclysmic weather patterns have destroyed the earth and survival is risky without a community. When Mitch allows himself to be captured, it gives Frenchie a chance to escape. Frenchie sets off alone but his survival depends on whether he can find help, and soon. https://quillandquire.com/review/the-marrow-thieves/

Fartumo Kusow was born in Somalia in a farming family that put an emphasis on the girls getting as much of an education as the boys. She credits her father with giving her a journal to write in, which led her to write her first novel in the Somali language. When the civil war broke out, Fartumo fled the country and was granted refugee status in Canada. The transition was difficult but she knew she wanted to learn English so that she could continue on her path to becoming a novelist.

Idil is a young Somali woman belonging to the upper class known as Bliss. As she grows up she observes the hardships that her mother faces and refuses to be a victim like her. When she falls in love with Sidow, a poor, lower caste Boon Man, they defy their families and society by marrying against their wishes. This choice affects Idil deeply and as the country’s political situation devolves into civil war, she must accept the consequences even as life becomes more and more dangerous.

Esi Edugyan is quickly becoming a Canadian superstar. With her previous novel Half-Blood Blues, she has won the Scotiabank Giller Prize and was shortlisted for the Man Booker Prize, the Governor General’s Literary Award and the Roger’s Writer’s Trust Fiction Prize. Now with her new novel Washington Black, she is again nominated on the longlist for the Booker.

Born into slavery, Washington Black is a gifted artist. His talent is noticed by the plantation owner’s younger brother, Titch who is currently trying to invent a hot air balloon. When Washington witnesses a death, he must escape to avoid punishment. Titch and Washington use the “Cloud Cutter” to leave the Barbados, but the real danger still lies ahead as Washington begins to realize that even if he is free physically, he may never be free, emotionally.

Become a global citizen by reading about these characters’ amazing journeys and follow the events in Manitoba for International Development week on the Manitoba Council for International Co-operation’s Facebook page. Or stop by your local library to pick up one of these novels that are guaranteed to move you deeply. Our enormously talented and visionary Canadian authors are lighting the way to a path forward for humanity. One that builds bridges instead of walls.