It is a famous line most commonly associated with Frankenstein. This line, however, never actually appears in Mary Shelley’s ground-breaking novel. It does appear in the 1931 film version of the novel and has been associated with the story of Frankenstein ever since. This year marks the 200th anniversary of Mary Shelley’s Frankenstein, and with National Frankenstein Day fast approaching (it’s October 26th FYI) I thought it would be appropriate to showcase books exploring the impact Shelley’s novel has had on horror, science and female horror writers.

Frankenstein, or The Modern Prometheus by Mary Shelley

A Titan from Greek Mythology, Prometheus created man from clay and stole fire from the gods to give to man. This mythological being is an appropriate comparison to Victor Frankenstein, the creator of the “Monster”, and an apt alternate title to the novel. The original text still haunts readers today, and has never been out of print for the last 200 years. If you haven’t read the original, do so, not only will it frighten and horrify you, but it will also have you thinking and questioning the possibilities and ramifications of science today. 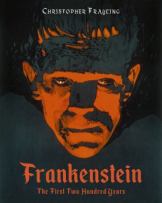 In his incredible book (the pictures alone are amazing), Frayling explores the origins of Frankenstein and the lasting impact the novel has had on popular culture. He has included movie stills and posters from the many film versions of the novel as well as photos of Shelley’s original manuscript. It is truly a work of art. 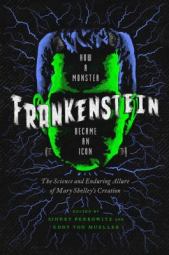 Frankenstein: How a monster became an icon: the science and enduring allure of Mary Shelley’s creation edited by Sidney Perkowitz and Eddy Von Mueller

As a physicist and as a filmmaker, Sidney Perkowitz and Eddy Von Mueller have compiled essays from scientists, directors, artists and scholars who speak to and dissect the lasting impact of Shelley’s work on the world as well as explore what the future may hold for the legacy of Frankenstein.

In his five-book series Koontz takes inspiration from Shelley’s original novel and sets his in modern-day New Orleans. The first book in the series, Prodigal Son, follows Deucalian, a mysterious man who teams up with two detectives to solve a string of murders that leads back to a race of killers and their mysterious maker.

Shelley’s novel has inspired many film versions as well as TV series that include the characters from the novel. You can find many of these in our catalogue here.

Frankenstein not only has had a huge impact on popular culture but also on female writers, especially female horror writers. Many of the fantastically frightening horror writers today are women, and we owe many thanks to Mary Shelley for helping pave their way. Some of these award-winning writers are: Carmen Maria Machado, Shirley Jackson, Octavia Butler, Angela Carter, and Anne Rice, just to name a few. You can find all these women in our library catalogue. If you would like more suggestions, and a longer list of female horror writers, this article by Lithub gives you even more names to explore.

Posted in Miscellaneous, What to Read Next?